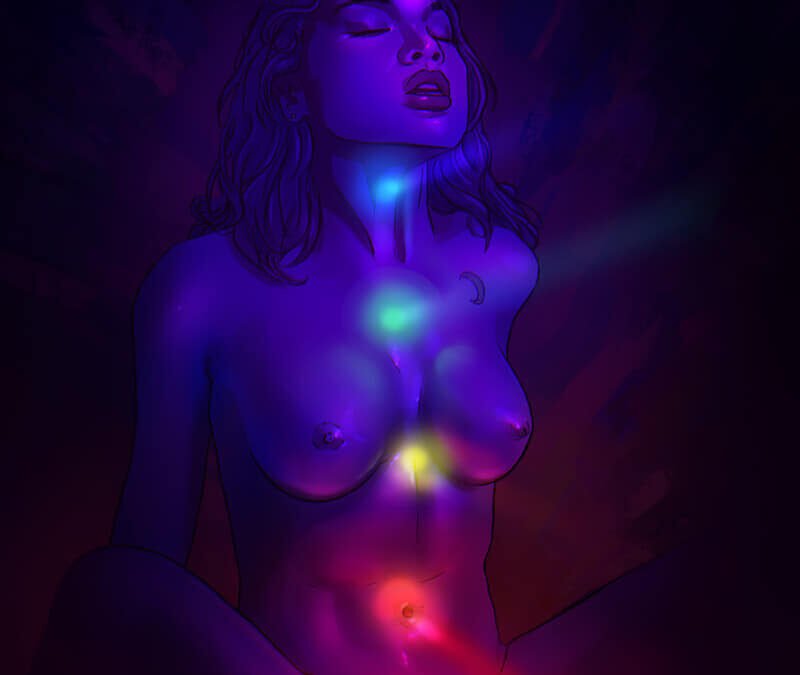 WHAT TO DO AND WHAT NOT TO

Kundalini awakening can said to be an amplification of all our biological processes so as to speed the evolutionary mechanism inbuilt in us all. As the biology attempts to reach a higher state of homeostasis, all that clogs and limits the enhanced performance is revealed as an uncomfortable symptom. As a result dis-ease starts to appear out of dormancy. In ayurvedic terminology, the imbalance in doshas of the body gets highlighted furthermore.So the awakening of prana kundalini can seemingly bring an upheaval in the entire biochemistry of the being, highlighting pre-existing illness and disease. This is so as to urge the being to make the necessary changes in lifestyle (physical emotional and mental), diet and perception. If the required changes are resisted, overlooked or postponed, the disease can become chronic and much more challenging to eradicate.

The Kundalini process seeks to rectify all pre existing imbalances, root out deeply stored trauma and contraction within the subtle anatomy and so in its initial stages it can said to be a trauma release and healing process. Though most often what people encounter is not a mature ascension but a short spurt of prana into one of the side energy channels. This produces symptoms quite similar to that of an ascension up the proper central energy channel though it can be much more difficult to handle as compared to when the energy rises up the correct channels and is a more progressive smooth and sustained flow rather than an abrupt explosion. Most of the difficult symptoms arise arise due to a deflection or diversion of energy into peripheral channels, which is not to say that there are no challenges in ascension through the right path.

This is where energetic intervention by a Guru is required to redirect the flow of shakti. Receiving deeksha (energetic transmission to align the flow) becomes the only solution to the maligned flow. The guidance of an established being complete in the path of kundalini becomes indispensable and the only way to proceed safely. It also challenges the dangerous egocentric delusion that one does not need a guide and guru or support on this path.

WHAT NOT TO DO

-Calling it a syndrome and trying to treat the symptoms
It is Blind leading the blind when it comes to psychologists and psychiatrists, mistreating rather than supporting the process, suppressing the evolutionary impulse with anti psychotics.

The very word syndrome implies there is something to be treated or pacified, it suggests that there is lack of acceptance and undue importance being given to symptoms and visible effects.Those conditioned and programmed by the medical establishment have the approach of treating symptoms without acknowledging the underlying process. They try to suppress the symptoms without allowing the body to heal itself or bring itself back into balance.This does not mean one should not consult a doctor if overwhelming symptoms are indicating a disease, it is just to caution not to hopelessly depend on modern medicine. Use discenrment when it comes to being diagnosed with mental disorders, or ingesting prescription drugs meant to numb and thwart the symptoms, which in some cases can even aggravate symptoms even further.Antipsychotics used for depression anxiety and panic attacks (which are a common element of spontaneous awakenings) are controversial with many severe side effects, and can extinguish the kundalini fire.

-Talking to family members
People without the direct experience or knowledge about the complex process and symptoms of a kundalini awakening will be obivious to the state of an actvated or awakened being in throes of kundalini. They may even question the sanity and mental stability of those explaining kundalini symptoms, become worried and induce more fear and paranoia. Fearful family members will be incapable of understanding the situation and may also pressurise one to visit a doctor psychologist or psychiatrist and this will often complicate things furthermore.

-Advice from members of traditional religions
Many experience a kundalini activation while on a vippasana meditation retreat, a yoga training or praying in church. It is dismaying once they realised that the teacher has no guidance or support to offer regarding the kundalini event whatsoever. The same goes for yoga teachers, Christian priests and clerics from all other religions.The more fundamentalist the cleric, the greater their fear is likely to be of your kundalini symptoms and the more likely it is they will suggest that you may be possessed by devils and demons. Obviously, this will do nothing to alleviate the fears and confusion of someone who has an acute spiritual emergency, rather add to the panic.

-Reading too much about kundalini on the Internet
The Internet is a useful starting point for finding out about what is going on within you, but beyond the basic information it can be a source of great confusion. There are many misconceptions and false assumptions as well as horrific accounts about kundalini awakening that will frighten even the most confident person.Some of them were written by mentally disturbed people who were unaware of the differential diagnosis of mental disease and a kundalini awakening. Some articles are a simple regurgitation of books yet some are by people who clearly do not know what they are talking about and lack direct complete experience, this can be more dangerous as compared to walking the path with unknown variables. Kundalini can be challenging but does not have to be a horror trip at all.Knowledge and information serves the mind temporarily, only till the point we can surrender and fully let go into the process, with trust.

-Energy healing
Any kind of energetic healing modality constitutes of directing prana in the subtle channels, this can hinder the self regulating flow of kundalini. The healer may unintentionally misdirect the flow of kundalini causing hinderance in the natural progression of the clearing process.

-Breathing exercises
Breathwork such as forcefull pranayam or holotropic breathing can aggravate the prana and force oit further into deflected channels and naadis. This can cause excessive prana and drain endocrine glands thus causing hormonal imbalance and neurological grooves.The most prevalent negative symptoms caused by fierce breathing exercises are fear and anxiety, heart palpitations, spasming, hyperventilations and brain fog.

– Fear and resistance
The only way out is IN. The process is a benovelant boon if allowed to take place without resistance. If we fully surrender and face all our fears brought up by the energy, we stand liberated in the light of truth. Though any form of hesitance, fear , holding back , resistance and inacceptance, will simply serve as a blockage to the flow.

-Balance your diet and heal the gut brain, a detox helps the body to utilise the essential energy for the process.
-Find herbal remedies for the symptoms if they are extremely uncomfortable.
-Devote yourself to this process and have faith in the divine. Develop forbearance and perseverance and fully let go into surrender of this flow.
-Spend time in nature and ground yourself regularly, create a routine of meditation
-Let go of attachment and identification to the ‘normal’ sense of self, and allow the shift in perception to fully manifest
-Contact one of the Gurus in this group for direction into a proper path, through one on one session, or join regular online satsang offered through this ashram group to balance and realign the flow.